WILDLIFE GROUP GETS A HELPING HAND

The local wildlife group in the Snowy Mountains has received a large grant to help orphaned wombats in the region.

LAOKO president, Lisa Petroff (Looking After Our Kosciuszko Orphans / Snowy Mountains Wildlife Rescue) said the group recently received a large grant of $20,847 to build an enclosure for wombats which will increase the group’s capacity to release orphaned hand-raised wombats.

“The grant was awarded by the Wildlife Heroes Project supported by the Foundation for National Parks and Wildlife. It has been used to build a wombat enclosure on one of our wombat carers’ property near Jindabyne,” Ms Petroff said.

“We really appreciate the grant which helps us increase the number of sites where we can release wombats. These enclosures are expensive to build and must comply with the National Parks and Wildlife Services Code of Practice for Injured, Sick and Orphaned Wombats,” Ms Petroff said.

Hand-raised wombats are placed in outside enclosures when they weigh about seven kilograms, and are released back into the bush after about 12 months when they reach approximately 20kg.

The enclosure is 100 square metres, with artificial burrows, and is escape and predator-proof. It has one metre concrete footings, preventing the wombats digging out or wild wombats digging in. The corrugated iron fencing is one metre high. There is an adjoining shed with a concrete floor, for supplementary feeding.

The enclosure is designed so that the wombats can leave the enclosure and return of their own accord, when they start exhibiting independent behaviour, a sign they are ready to return to the bush.

LAOKO members Claire Charters and Eric Chabot are delighted to be the recipients of the funding for improved wombat facilities on their property.

Their property is an ideal release site with 122 acres of bushland located near Jindabyne, is a safe distance from the main road, the Snowy River Way, Sugarloaf Creek runs through it, is surrounded by a reserve, Crown Land and the Snowy River is only two kilometres away.

“The grant means we can give more wombats a safe forever home,” Ms Charters said.

Claire and Eric are caring for five wombats. They take their wombats for daily walks on their property to get them familiar with their future home, prior to release.

Besides daily walks, feeding and cleaning times, they have minimal interaction with the wombats.

One of the LAOKO animal co-ordinators Kelly McMahon said 36 wombats have been rescued and taken into care in the last 12 months.

“Currently 31 wombats are in care. Ideally we would only release two wombats in any one area in a 12 month period,” Ms McMahon said.

“Wombats are territorial so it is important that LAOKO releases wombats at a number of properties to give them the best chance of survival. This means avoiding overpopulation which can lead to territorial aggression, resulting in injury and even the death of wombats,” Ms McMahon said.

The wombats have a ‘buddy’, which is a wombat the same size and age so they go out into the wild together, but soon go their separate ways.

Ms Charters said after seeing the wildlife devastation on the roads in winter 2015 they signed up to LAOKO in the hope they could help the native animals in the Snowy Mountains and give the hard-working LAOKO volunteers a hand. Claire designed the LAOKO website and managed it from 2016 to 2021. Claire and Eric also held a fundraiser - a high morning tea at their business, the Jindy Inn, raising $1,600 for LAOKO.

“It has always been our dream to look after native animals,” Ms Charters said.

Claire said they do not have a favourite native animal, however wombats definitely come up in the top of the list.

“They have such big personalities and there is never a dull moment when they are around.”

To report injured, sick or orphaned wildlife call LAOKO 64561313.
To get involved or donate go to www.laokosmwr.org 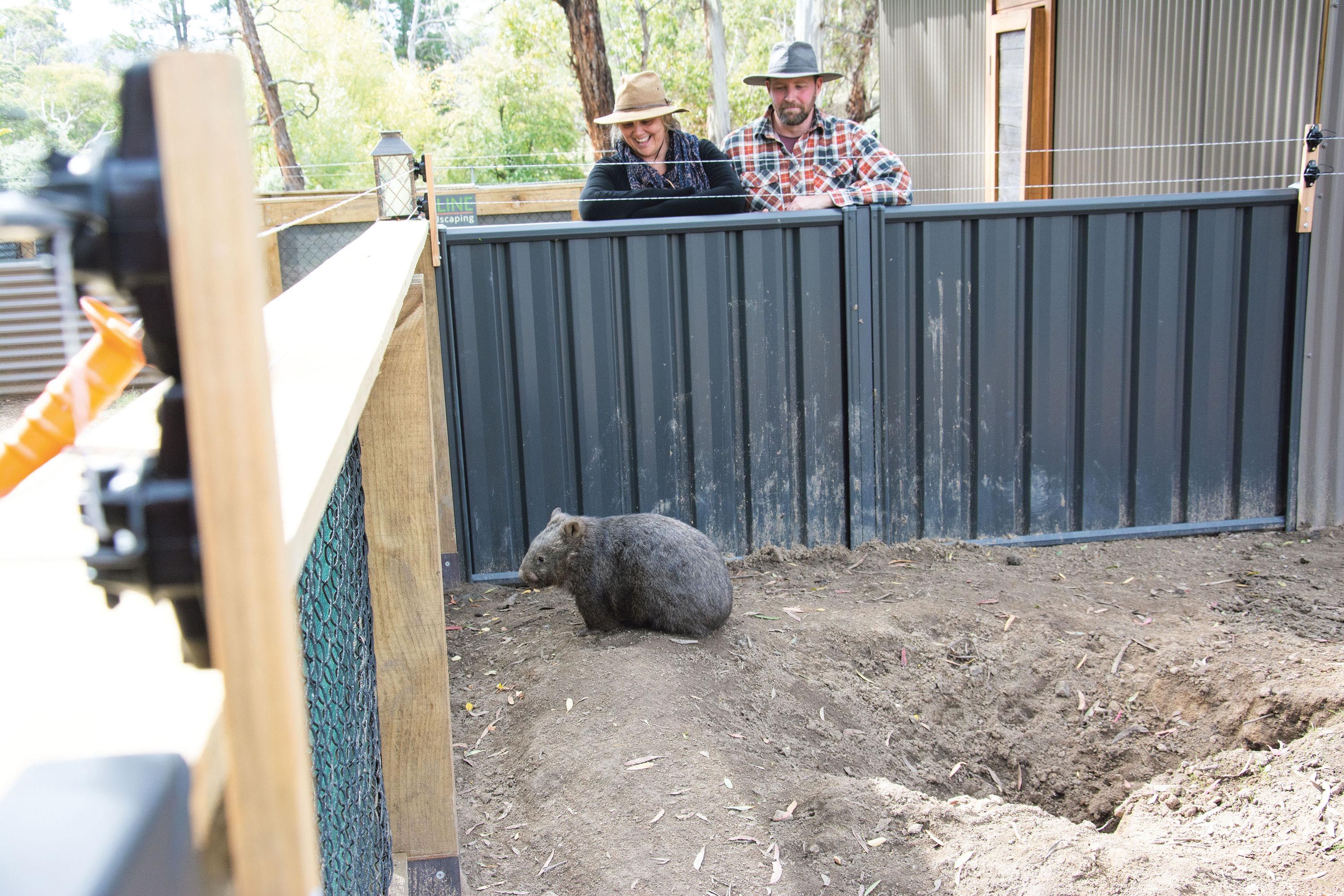 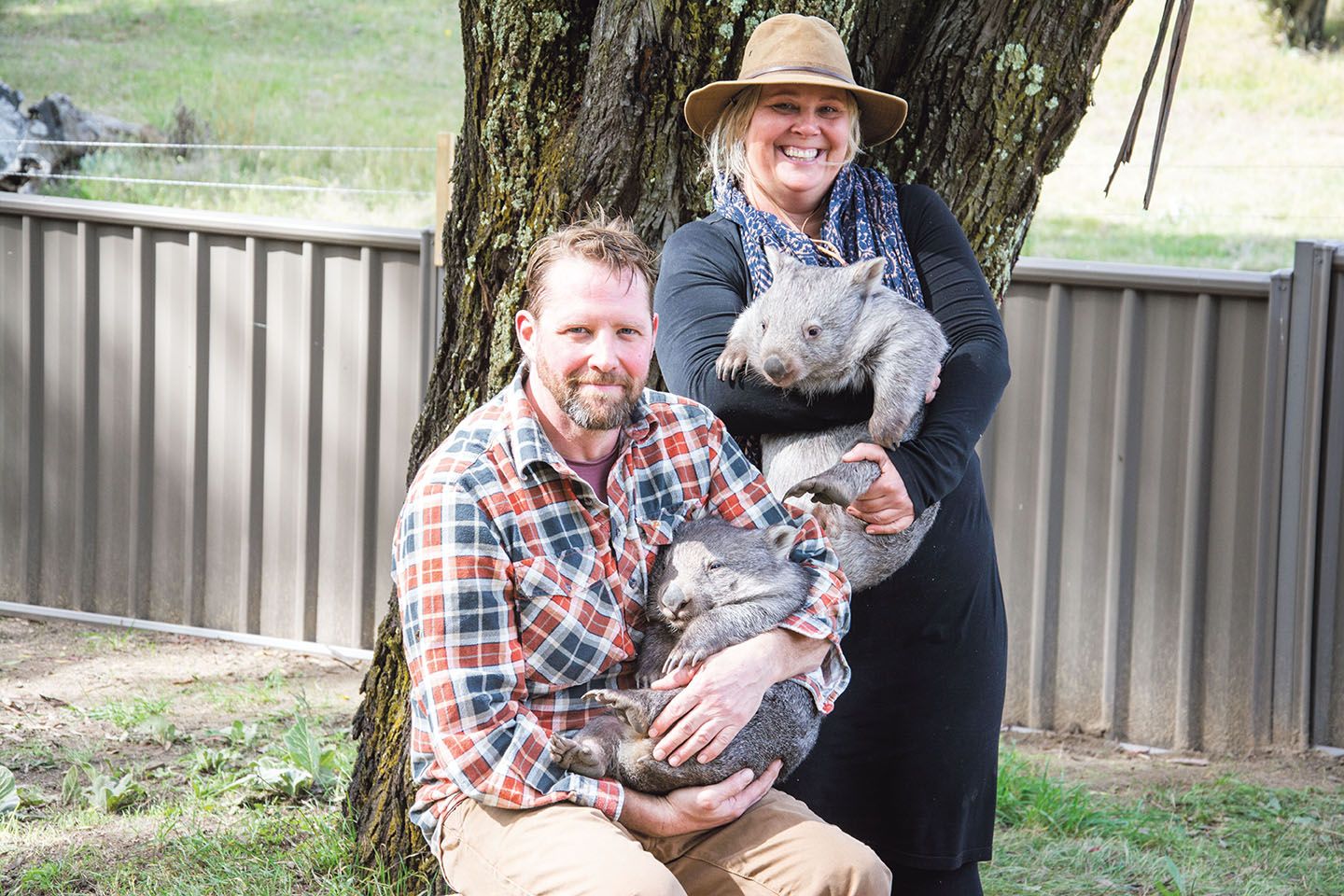 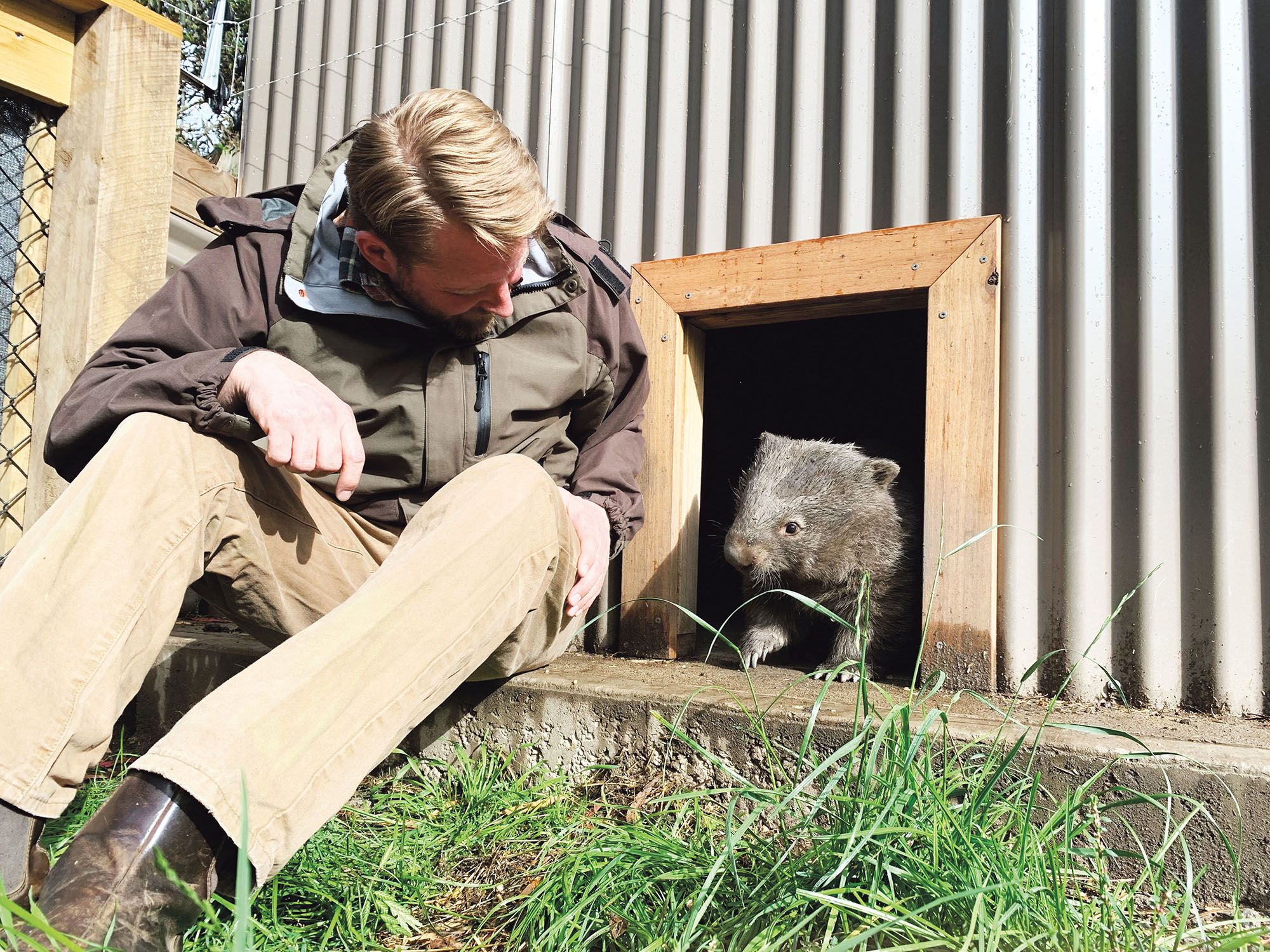 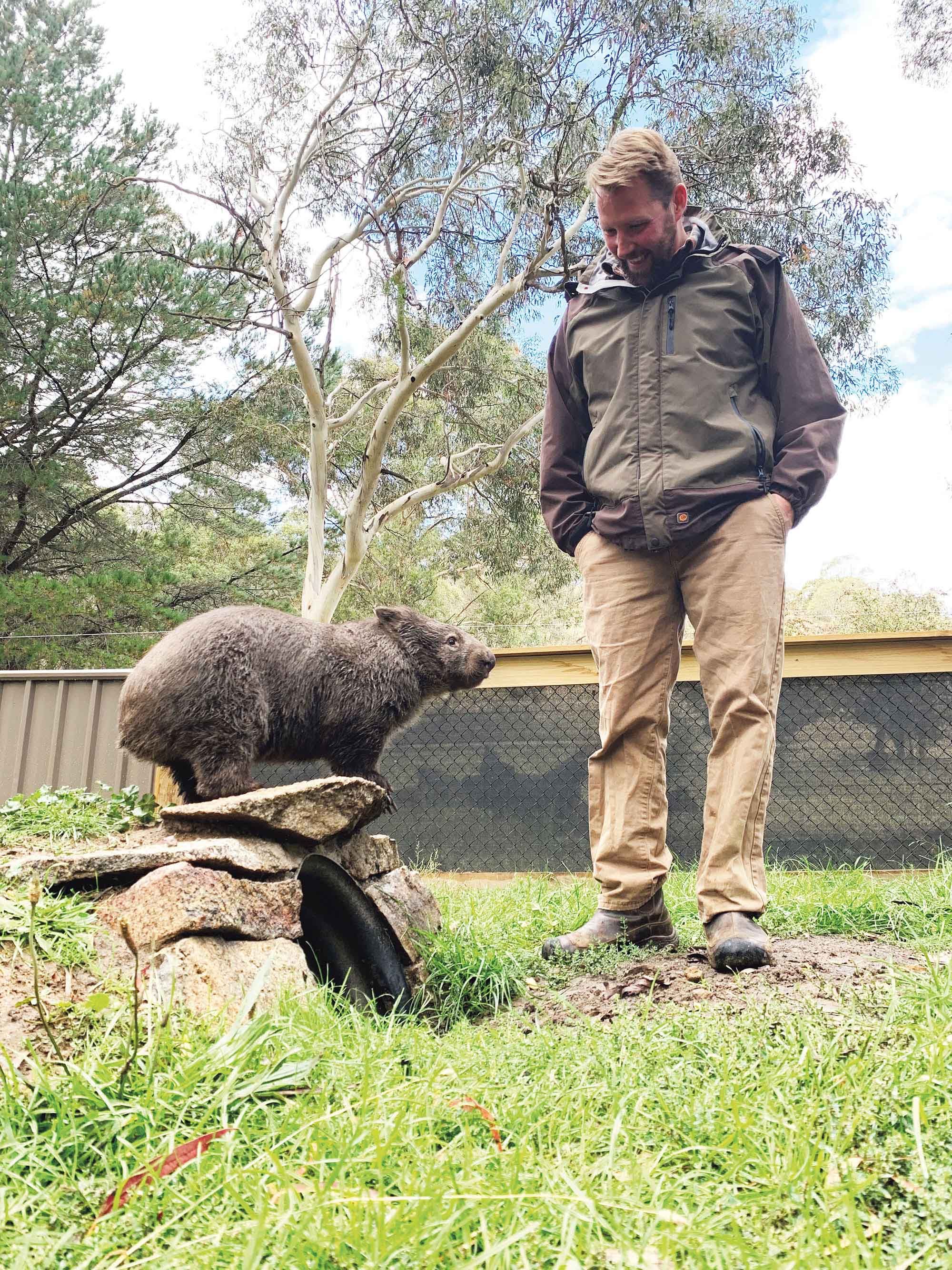