KIANDRA COURTHOUSE RISES FROM THE ASHES

The Kiandra Courthouse was almost destroyed by the Dunns Road fire which swept through Kiandra on January 4, 2020. 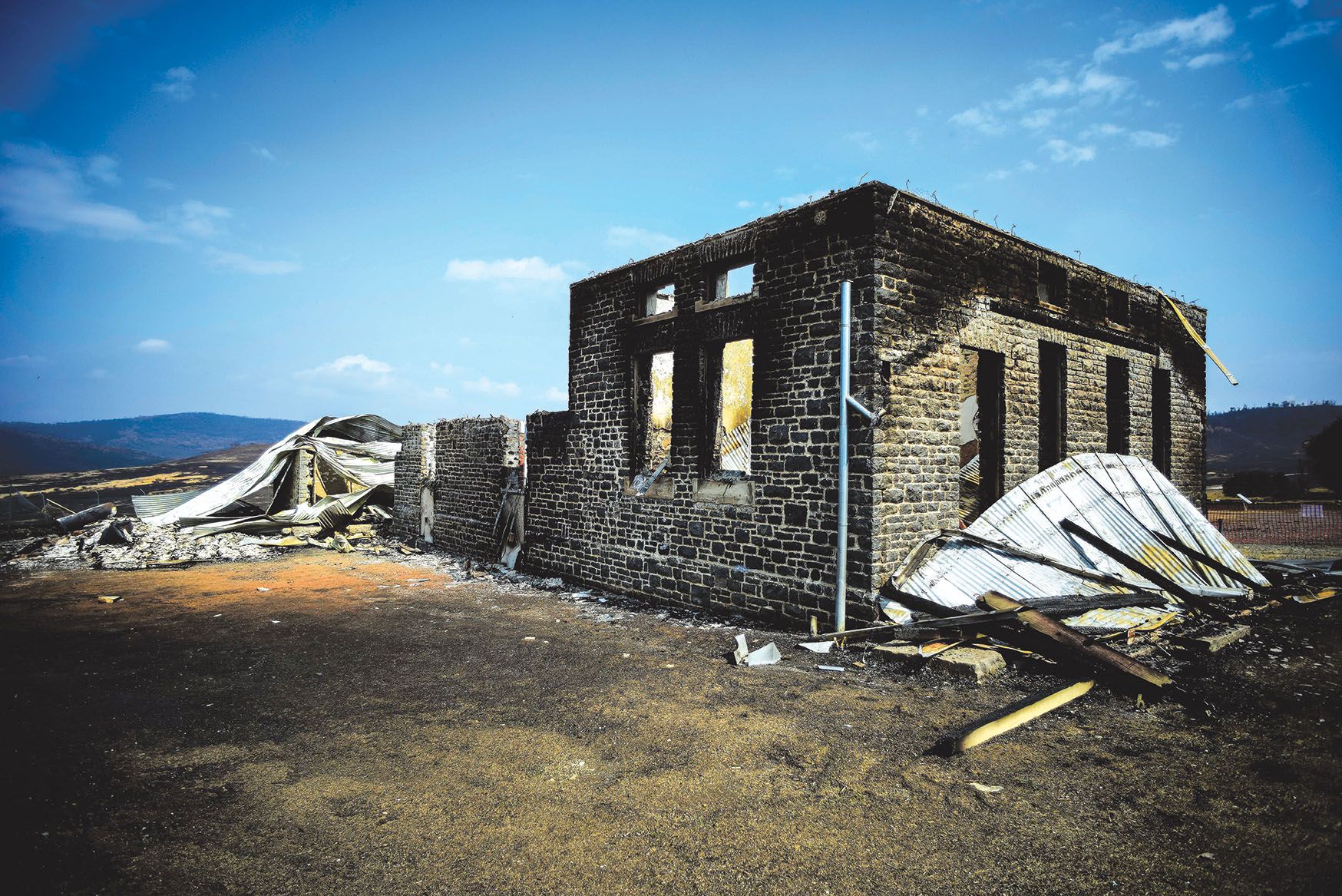 Only the walls of the Kiandra Courthouse remained after the January 4, 2020 bushfire. 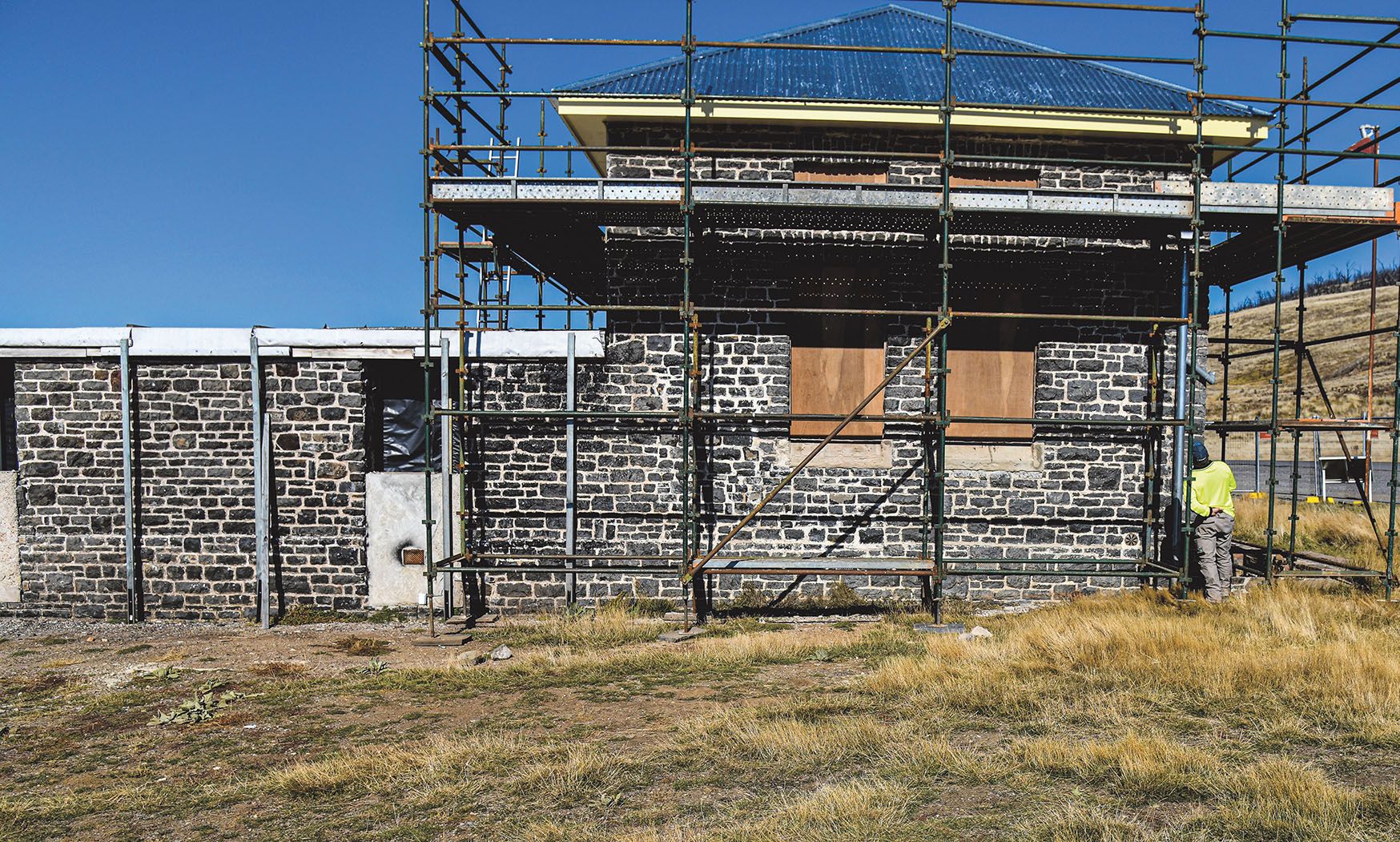 Rebuilding of the Kiandra Courthouse has started.

Like a phoenix rising from the ashes, the historic Kiandra Courthouse, is being given a new lease of life after it was almost destroyed in the bushfires that tore through the area on January 4 last year.

With only the walls remaining, the restoration of this significant heritage building has commenced. The Courthouse is sporting a new roof to protect the structure of the walls, but National Parks and Wildlife Services spokesperson said decisions are yet to be made regarding the future management of the mountain huts and Kiandra Precinct, including the Kiandra Courthouse.

“Detailed planning is underway to decide the future of the mountain huts and Kiandra Precinct, including the Kiandra Courthouse,” NPWS spokesperson said

It was only 10 years ago that the courthouse restoration by National Parks and Wildlife Services and volunteers was completed.

NSW Government Architect James Barnet built the Kiandra courthouse in 1859 during a short gold rush period in the area.

It was the first substantial public building in the Kiandra township which included a police quarters and courtroom.

The building was later modified and expanded in the 1950s and 60s.

Kiandra is known as the birthplace of Australian snow skiing, and the courthouse was transformed into a chalet in the late 1950s with extensions to the ground floor and a first floor addition.

It was also used to provide accommodation for workers on the Snowy Mountains Scheme and later used as a base for snow clearing operations from the early 1970s until 1999.

The courthouse was added to the NSW State Heritage Register in 1999 and many of the 1960s additions were removed.

Along with the courthouse, Selwyn Ski Resort and at least 10 of the mountain huts in Kosciuszko National Park have been destroyed by the Dunns Road fire, including Delany’s Hut, Sawyers Rest House, Wolgals Lodge, Matthew’s Cottage, Brooks Hut, Pattinson’s House, Round Mountain Hut, O’Briens Hut and Four Mile Hut.

But they had another purpose in more recent times, providing shelter for bushwalkers and visitors seeking protection from the extremes of alpine weather, be it rain, wind, sun or snow.

The Dunns Road fire also destroyed homes, buildings and a school in Cabramurra, which houses staff at Snowy Hydro, and caused damage to equipment at Lobs Hole, which is being used as the construction base for Snowy 2.0.

Before the 2020 bushfires - The restored Kiandra Courthouse. The restoration was undertaken by National Parks and Wildlife Services and volunteers and completed in 2010. Photos courtesy of Paul McIver.