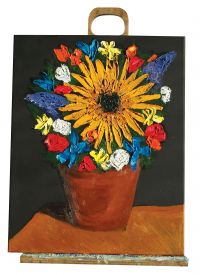 “Matthijs is a Cooma local and it is wonderful to have a young artist exhibition at the gallery,” a spokesperson for the Raglan Gallery said. 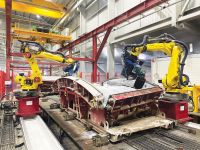 Snowy Hydro’s Snowy 2.0 precast factory in Cooma has achieved an impressive milestone, with manufacturing completed for all concrete segments that will line the dry access tunnels.

More than 25,000 of these seven-tonne segments have been produced at the Polo Flat factory, which employs 120 people from the 2,100-strong Snowy 2.0 workforce. The segments are being used to line the main access tunnel and emergency, cable and ventilation tunnel at Lobs Hole.

I’m not skiting here, or anything but I do feel incredibly fortunate to be able to say that two and a half years into this pandemic, I have so far managed not to catch COVID.

To backtrack, my grandmother loved the daytime soaps, or The Serials as she called them. We moved away when I was in Year 11, but if I ever visited her on a weekday during the school hols or something I was well aware that between the hours of 11am and 3pm I could only talk during the commercials. I was bored silly by The Serials but I watched them with her because she loved them and I loved her. One of her faves was the hospital one. She just loved Doctor Whatsisname and his wife but there were four other characters she’d get all huffy about and I got to know all about them because, well. I was there. One of them really “Got” on her “Engines”, then there was the “Swine of a Thing”, the “Two-faced Article” (I loved that expression) and last, but certainly not least, “the Baggage”.

Okay, so I got what the others were (even though I hadn’t been paying much attention to any of them) and thus could assume the one that Got on her Engines was the aggravating b***h. The Swine of a Thing would have to have been the nasty b***h, the Two-faced Article was obviously the back-stabbing b***h.(these shows always had b****es) but the Baggage…? What kind of a b***h was she?

I had to wait for the next commercial break to ask and Nana’s tactful explanation was that the Baggage was “A bit too fond of the men, whether they were married or not!”

Right! Okay then! So she was the man-chasing home-wrecker b***h, for want of a more printable expression.

But I checked the word out in my dictionary when I got home anyway and yes, Baggage is an archaic term for “a flirty, saucy, or disreputable woman of low moral character”. But baggage? The word itself is a combo of Middle English bagage and Middle French bagues both of which mean bundle or pack. It came into use around 1450 but seriously, who was it somewhere along the line who opted to apply the word to a woman they deemed guilty of being of unseemly character? Like, how does it even relate?

Unfortunately, I can’t clarify that because even today, while a dictionary does give the definition, it doesn’t say why and you can forget about trying to find out on Google because, like the dictionary, it acknowledges the association of the word with a certain type of woman, but fails to explain why Baggage applied. There are a number of other unsavoury words that mean the same thing and slang words that refer to women in general, all pretty much self explanatory, but Baggage? Why Baggage?

No doubt whoever linked the word to the description of a saucy flirt had their reasons and I’m guessing during the times it was in general use it made sense, but it doesn’t now, at least not to me anyway.

Some things just never change no matter what the circumstances.  We can clean up our act, wear different clothing, educate and advance ourselves, but the spade is still the spade.  This is a disappointment to the people who expect a gold platted spade.

LETTERS TO THE EDITOR - Code of Silence

The disorderly behaviour of Councillors brings our region into further disrepute! Clr Higgins was rewarded for a pathetically poor and ineffective public apology in June’s meeting, whilst the Mayor continues to openly display and protect factions within that chamber.