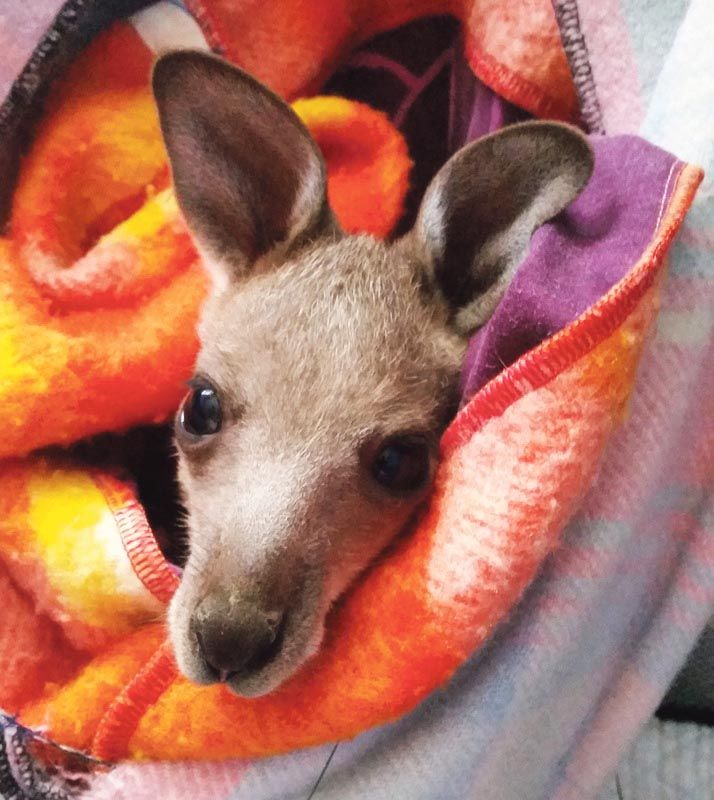 While driving on the roads on the south coast you may encounter injured wildlife. If you do, help is available and is only a call away.

Ring the local licenced wildlife group Wildlife Rescue South Coast if you see an injured animal in need of help on; 0418427214, if you are north of Batemans Bay, or 0417238-921 from Batemans Bay to the Victorian Border.

The wildlife group covers the NSW South Coast region, south of Wollongong to the Victorian border, taking in the Illawarra, Southern Highlands, part of the Southern Tablelands, Kangaroo Valley, the Shoalhaven and the Eurobodalla and Sapphire Coast.

Kangaroos, wallabies, wombats and other marsupials may have young in the pouch. If you can safely remove it from the pouch, try to keep it in a warm, dark, quiet place, a bag or jumper, and call Wildlife Rescue South Coast for help. If the young is attached to the teat, don't remove it, but call the wildlife group for help and advice.

Wildlife Rescue South Coast is a large and experienced wildlife rescue group in south east NSW which has been operating since the late 1980's.

Wildlife Rescue South Coast rescue and rehabilitate injured and orphaned native wildlife to eventually release them back to the wild.

Wildlife Rescue South Coast operate an emergency phone and rescue service 24 hours a day and respond to over ten thousand rescue calls every year. The group is licensed by the NSW National Parks and Wildlife Service.

In NSW, if you find an injured native animal you may transport it to a vet or another place where it can be cared for by a licensed carer. Looking after a native animal if you are not trained is not only a risk to the animal, and yourself, but it is also illegal. Untrained members of the public cannot care for wildlife which will suffer and / or die without the correct care.

Native animals see people as predators and will bite and scratch to avoid capture.