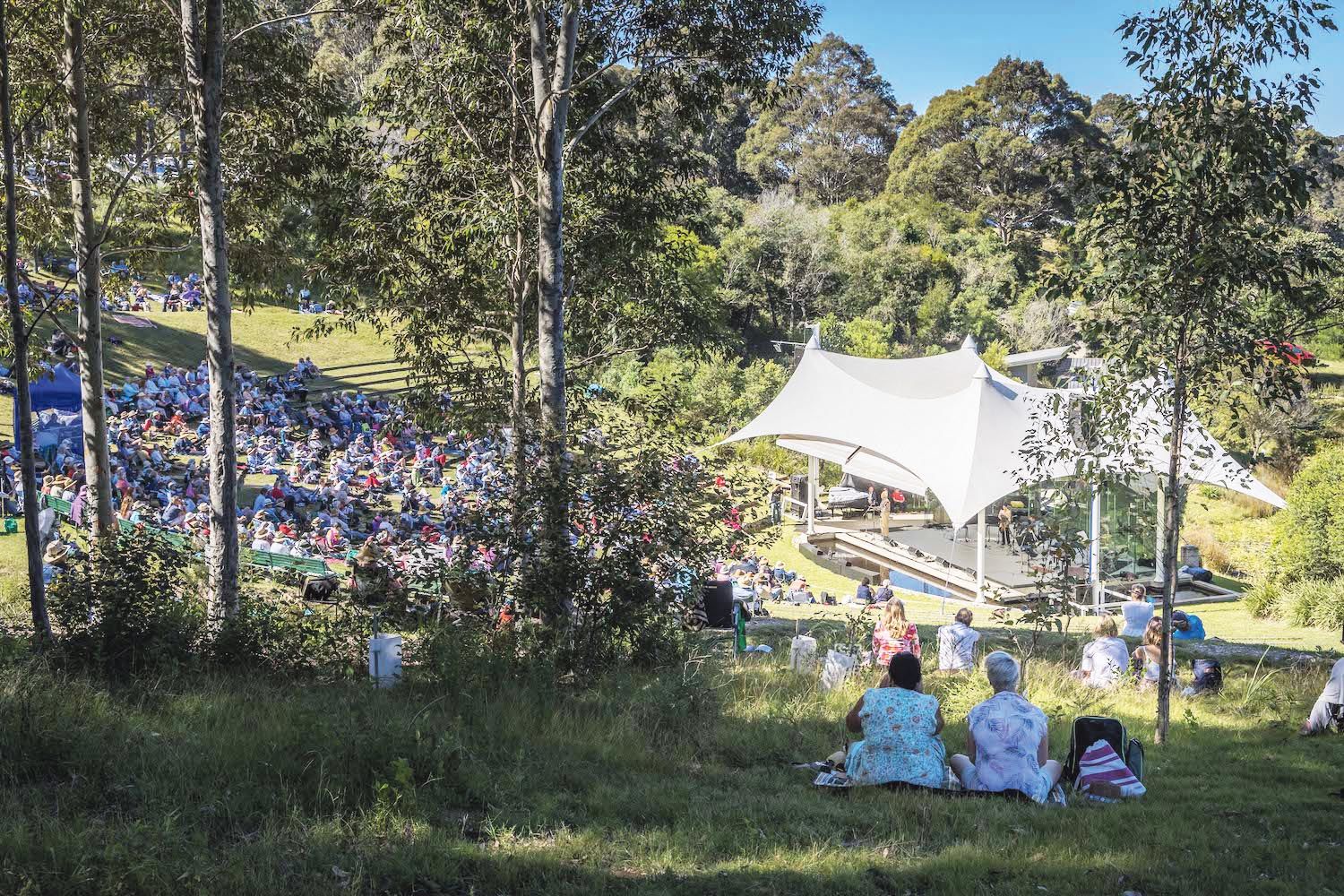 The Chair of Four Winds, Michael Darling, announces an innovative new Leadership Team to guide the organisation to increased levels of activity and growth.

Melissa King and Gabrielle Waters will be Co-Executive Directors, and Matthew Hoy will be Artistic Director. Together they will form the new Leadership Team of the NSW far south coast music-based arts organisation.

As a nimble, collaborative Leadership Team, they will work closely with both Lindy Hume AM, Creative Director of the flagship Four Winds Festival at Easter, and David Hewitt, Director of ‘Create and Inspire’ – a key music-based program focused on youth, community and First Nations.

The Leadership Team will work jointly on strategic and artistic matters, and separately on specific areas relevant to their expertise.

Gabrielle Waters will be responsible for day-to-day operational management, including staff, budgets and artistic production. She was formerly the Director of Operations at the Melbourne Symphony Orchestra (MSO) and has held similar roles at Opera Australia and the West Australian Symphony Orchestra. She has a particular interest in the training, care and development of artists and administrators, having started her lifelong orchestral journey as a bassoonist performing in orchestras around Australia and abroad.

Melissa King will lead business management and artistic administration, including relationships with artists, funding bodies and donors.  She is the Director of Artistic Planning at the Sydney Symphony Orchestra and will continue in this capacity alongside the Four Winds role. She has held similar roles at the MSO and the New Zealand Symphony Orchestra and previously managed the National Youth Orchestra of NZ.  Melissa is deeply committed to the impact of music in community.

Matthew Hoy will focus on year-round program of activity that puts music at the heart of Four Winds. He is a cellist who is Head of Programming at MSO, and he will continue to make a significant contribution there alongside his Four Winds role. He has also held similar roles at the Australian National Academy of Music and worked closely with both Melbourne Festival/RISING and the Perth Festival. His curatorial approach transcends genre, drawing on a diverse network of collaborators to produce critically acclaimed work distinguished by its unique sense of occasion and connection to place.

The Leadership Team will work from both the Four Winds site near Bermagui and remotely. Melissa King and Gabrielle Waters both live in Eden Monaro and Matthew Hoy will continue a long association with Four Winds. All have committed to maintaining a consistent local presence.

Going forward, Matthew and Gabrielle will remain involved with the MSO and Melissa with the SSO, bringing significant benefits to artists, participants and audiences on the Far South Coast of NSW. These ongoing relationships will provide new opportunities for Four Winds to lead in national collaborations and new artistic partnerships.

The Leadership Team know each other well and have experience of working together across many years and circumstances.  Four Winds is delighted that three professionals with such a depth and range of experience will bring their skills as a collaborative team to lead the organisation forward.

Michael Darling comments: “This is an innovative structure enabling a regional arts organisation to capture the high-level skills of wonderfully talented industry professionals in a new, “21st Century way” of working together. It endorses the standing of Four Winds now and signals the scale of our ambitions for the future.”

Four Winds’ current Executive Director, David Francis, will depart to assume the role of Director of Wollongong Conservatorium in May, coinciding with a seamless transition to the new Leadership Team.